One day, I was driving a family member somewhere and I’m not sure how it came up, but during the conversation, she called me, “bougie.”  But she didn’t just say the word as a normal adjective, like the small bird or the big truck. She emphasized the word, bougie, with a sour face, as if she were spitting out something that was sour and disgusting.

I didn’t give any kind of response to what was obviously meant to be a pejorative descriptor.  Why would she use such a disparaging label, as if we weren’t family? And as if being bougie was such a bad thing?

Fortunately, I have thick skin.  Being one of five girls in the family, and being in the career that I’m in, you develop a thick skin.  You guys probably know what I’m talking about—how mean women can be to each other, for no apparent reason.  Women don’t beat the crap out of each other like men tend to do as they’re growing up. Instead, women use words as their weapons.  Sharp like knives and heavy like hammers. Sometimes the words are worse than being physically assaulted.

As for my career, while you are taught to care for others, even more than yourself, there are some “colleagues” that make it there business to make your life as difficult as possible.  I’m sure a lot of “normal” people would be surprised about this fact. People senior to you treat you badly because they can, and really, no one is going to do anything about it, because you should be learning and you should be tough.  So needless to say, my skin is like a callous.

Here’s an illustration.  There was that time when I went to a restaurant to meet a boyfriend’s friends, and as I sat down, another woman said, and I quote: “I hate skinny bitches.”  I sat down and reached for the drink menu and then realized that everyone was looking at me. Even my (obviously, now ex-) boyfriend looked at me, waiting for my response.  He, however, hadn’t said a word. “Oh, she was talking to me?” I ask. So, yeah, it takes a lot to offend me.

What does Bougie mean?

informal,  usually disparaging: marked by a concern for wealth, possessions, and respectability: BOURGEOIS

The word “bourgeois” is actually a term that was first used in the 1500s to refer to people who lived in a town.  These people often made their livings in business and commercial pursuits. So bourgeois became a term associated with the middle class.

Bourgeois took on a more negative connotation with Karl Marx, the author of The Communist Manifesto.  According to his writings, the bourgeois controlled the means of production during the industrialization period and were overly concerned with capitalism and the value of property.  The goal of the bourgeois, then, was that their economic power in society would go on indefinitely.

These days, the term is used more as an adjective and suggests that the bourgeois are only concerned with money and status.

In my case, referring to me as bougie, was clearly meant to be an insult. And an unprovoked insult at that.  I’m certain I wasn’t being referred to as a town dweller.

Why people don’t like you, AKA, Why are they haters?

I think it’s unnecessary to go down the list of reasons that I may or may not be bougie.  Mostly because I know that some people see me as bougie, and I’m okay with that. I drink non-cow milk, I’ve been to Whole Foods more than once, I have an espresso maker and know how to use it.  The list is long.

Sure, as lovely and brilliant and all-around fantastic you are, not everyone will see you that way.  And the thing is, it has nothing to do with you and everything to do with the other person. Here are the top 10 reasons why someone would dislike you for no apparent reason (in no particular order).

What’s wrong with being bougie?

Anything that is perceived as “upscale” from a blue-collar point of view. ‘Bougie’ (pronounced boo’-she) is a hacked truncation of the word Bourgeoisie, which refers to the middle-class in Europe, but refers to a more affluent class level in the United States.

Adjective meaning extravagant, often to the point of snobbery. Usually used in relation to the conspicuous consumption of the urban upper-middle class. Derived from “bourgeoisie”

The amount of debt Americans are going into has been on the rise.

Mortgages, student loans, and auto loans top the list of the biggest contributors to this debt.

How could anyone not be concerned with money?  It’s the reason for many fights within a marriage or even the cause of some divorces. Lack of money is the root of all evil.  Criminals are out to take what others have while bypassing the work to get there.

So, actually having a 401K is a bad thing?  Having investments, or money saved in a bank account, is selling out?  Saving for your children’s college tuition is acting like you are superior in some way?

I believe it’s often an inaccurate assessment that some people are “flaunting their wealth.”  What some people see as flaunting is just normal life. You wear your dress, you drive your car.  By just existing, somehow you are offending someone. It’s not like you’re posting on social media every day telling everyone how great you are.  Nevertheless, in some people’s minds, you are doing just that.

I hear terms like, “status car,” and so forth thrown around.  If you’ve ever had a car of any kind, you know that it’s a huge waste of money.  You have to keep putting gas in it to get anywhere. You have to wash it and change the oil or pay for repairs.  When you want or need a new one, the process starts over. Since you’re going to be out the money anyway, you may as well get what you want, right?  If you can afford it, what’s wrong with that?

Furthermore, aren’t we all taught as children that if we work hard, we will be successful? Generally, the result of this success is extra money that allows you to do things like buy quality goods like clothing or accessories, go on trips, and save some for later.  A lot of religious people also site passages in the Bible (I won’t do that here) that suggest that God wants us to live a life of abundance. How does it follow that once someone attains a life that is considered to be one of “abundance,” that they are then vilified for leading that life?  It doesn’t make any sense.

Extravagant, possibly to the point of snobbery

This also ties into the idea of abundance.  But who decides what is extravagant versus reasonable?  What may seem overpriced to one person is justifiable for another.  It’s like beauty–in the eye of the beholder.

Final thoughts on being bougie

Clearly, bougie is in the eye of the beholder.  Because of that, using this label probably says a lot more about the person using the term than the person that is being referred to.  Sure, not everyone is going to like you, and certainly, not everyone is going to support you. That’s why you have to live your own life, on your own terms.  What makes you happy, do it. If it’s working for you, do it. As long as it doesn’t hurt anyone, do what you like. Because ultimately, what other people think of you is none of your business.  Let it be their problem. And there are worse things to be than bougie. So call me Bougie and Proud. I might just get t-shirts made. 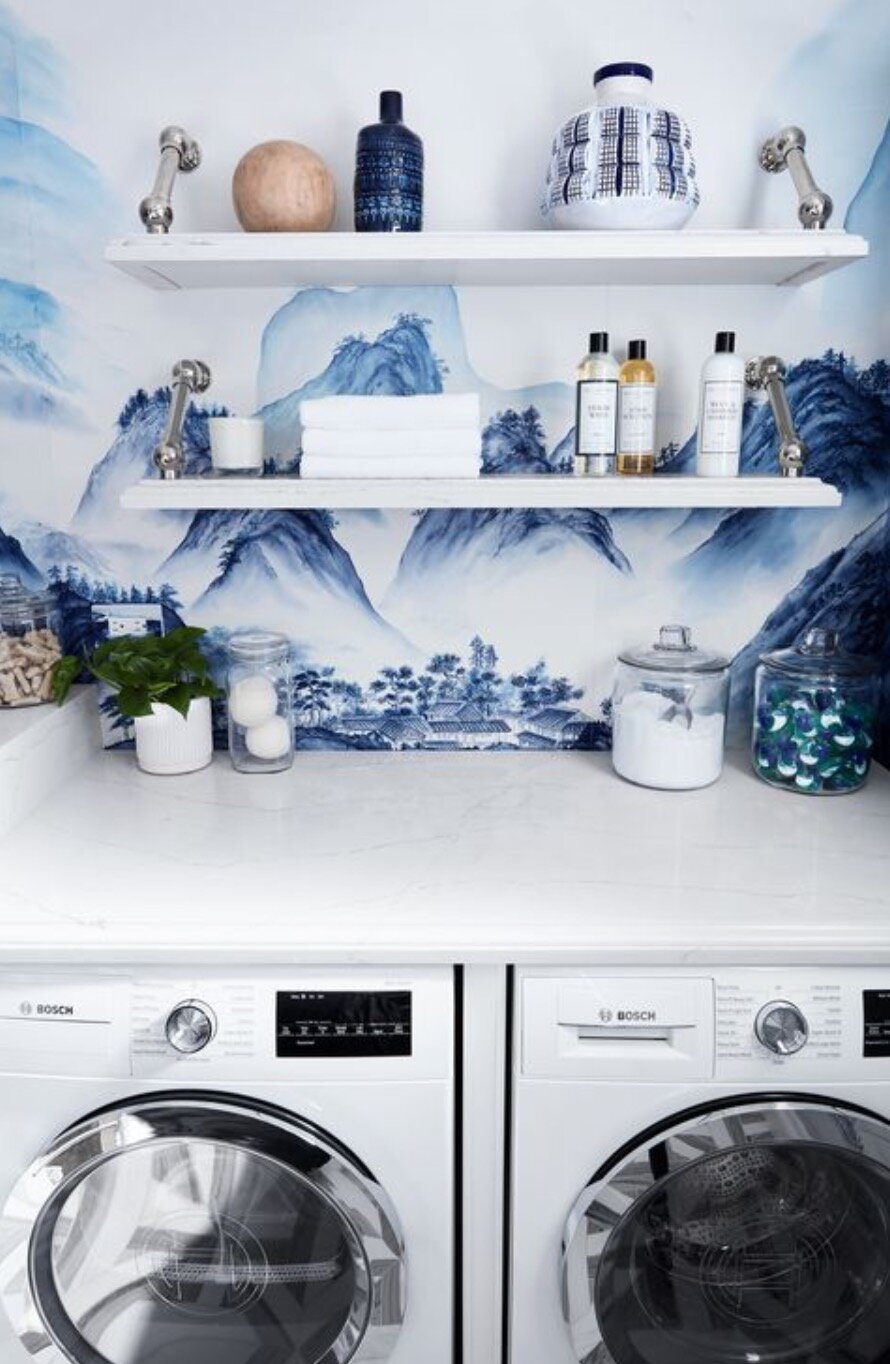 12 Ultimate Storage Ideas That Will Make Your Home Beautiful 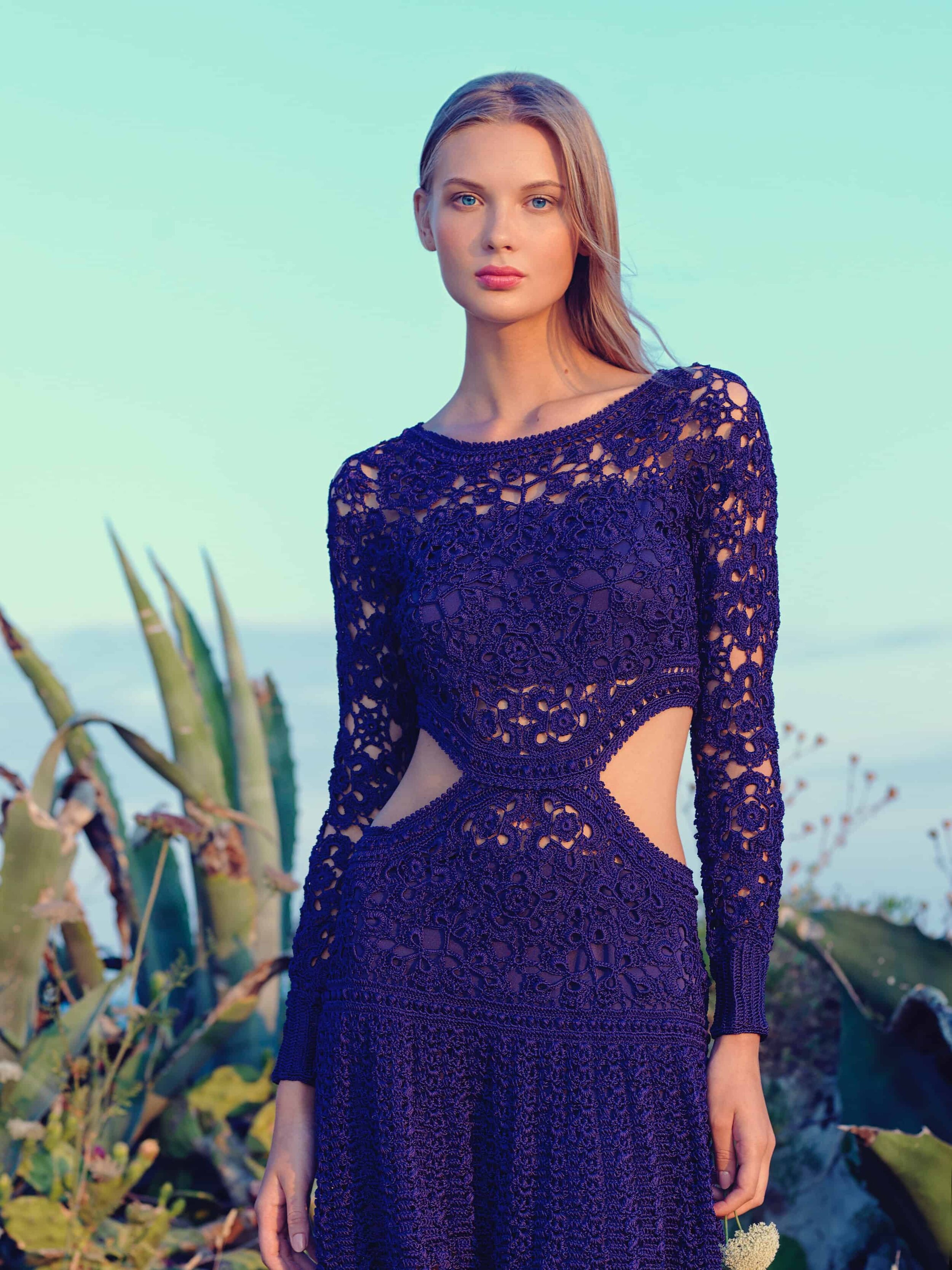 Here are the top fashion trends for spring 2020 to add to your closet. 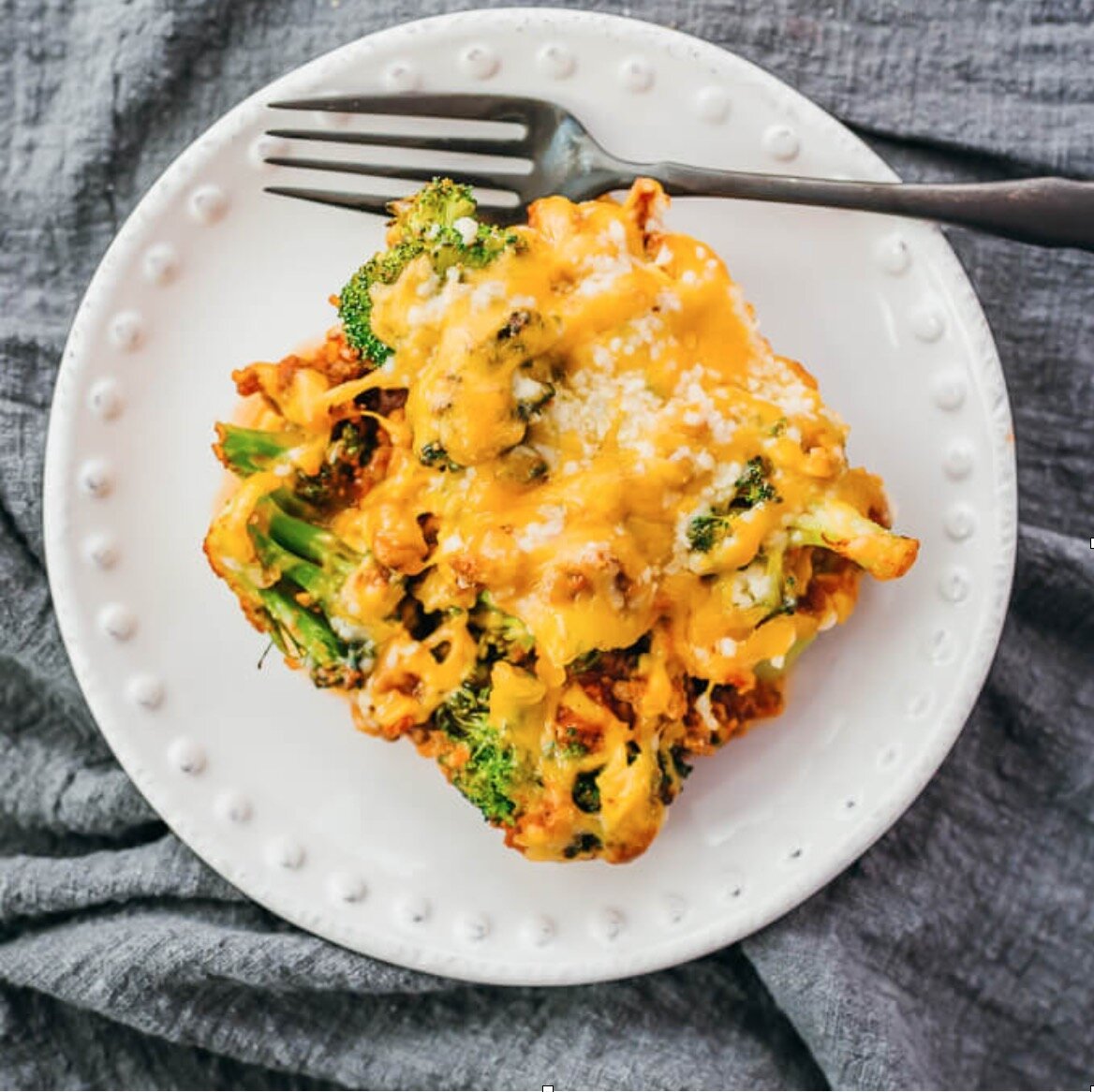 15 Keto Casserole Recipes that Will Blow You Away

If you are looking for a quick healthy meal for the whole family, check out these 15 mouthwatering recipes. 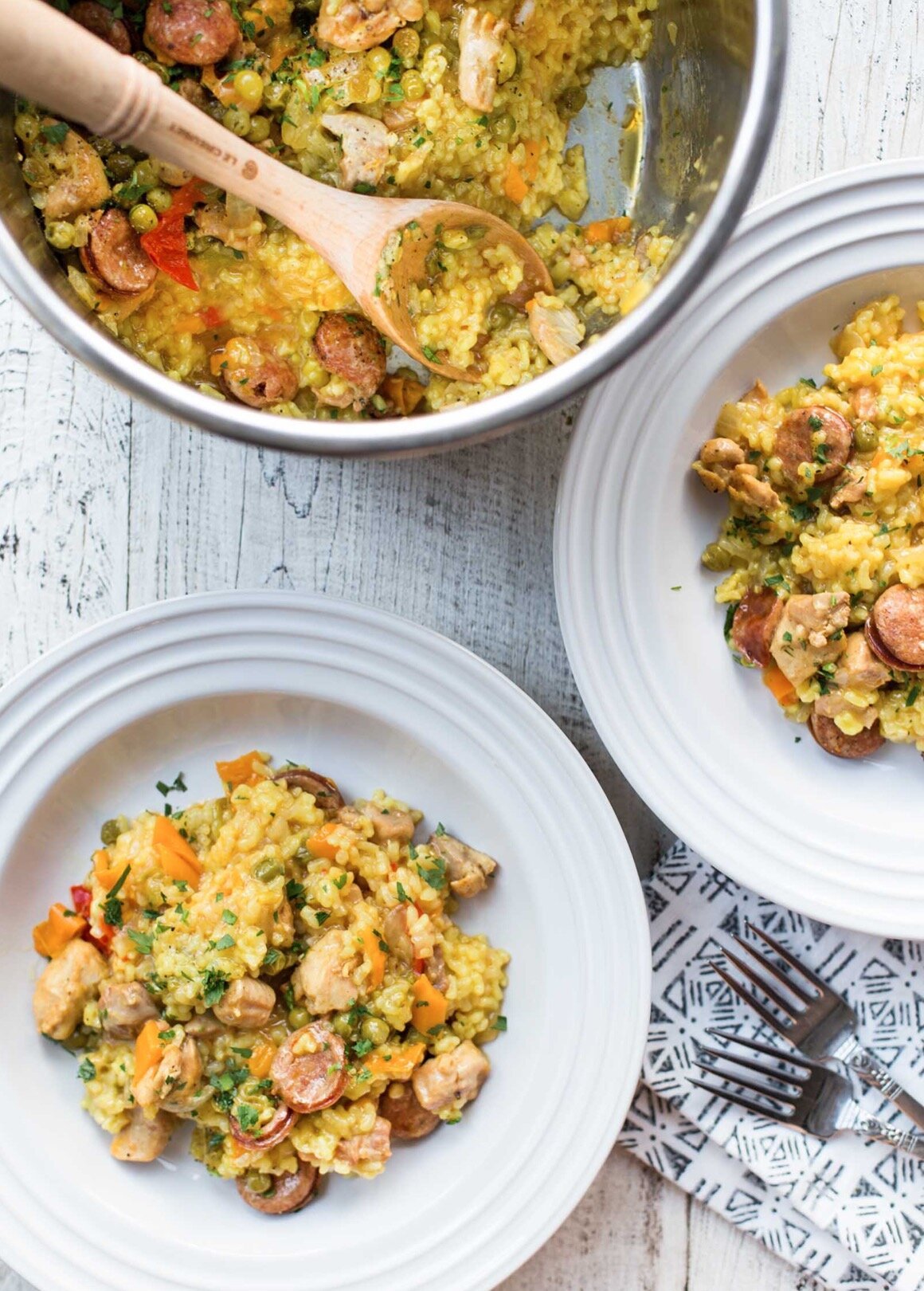 The 11 Most Popular Weight Watchers Recipes

These are 11 of the most popular, mouthwatering recipes from the Weight Watchers line. 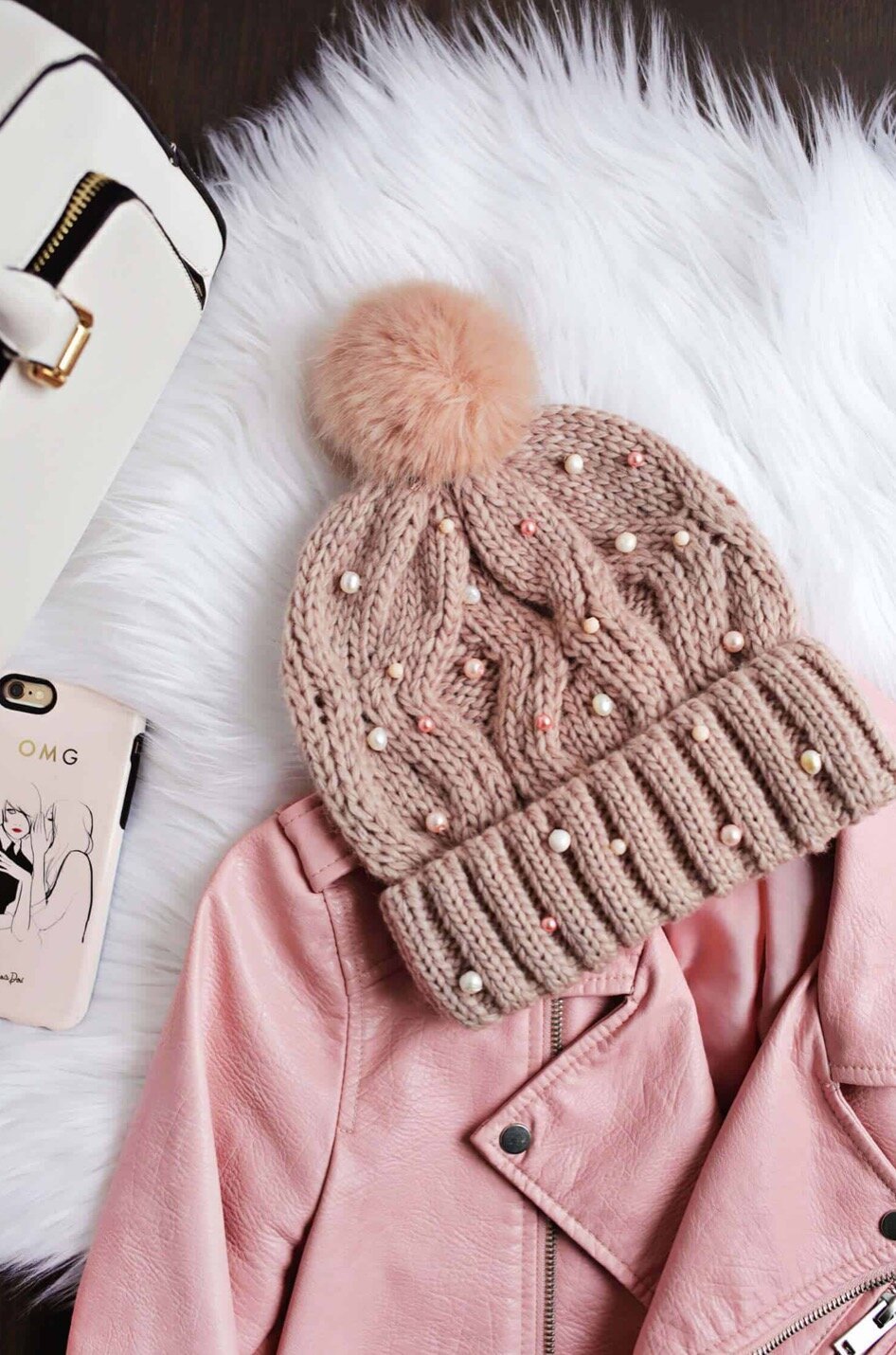 Easy homemade gift ideas that are perfect for everyone for any time of the year. 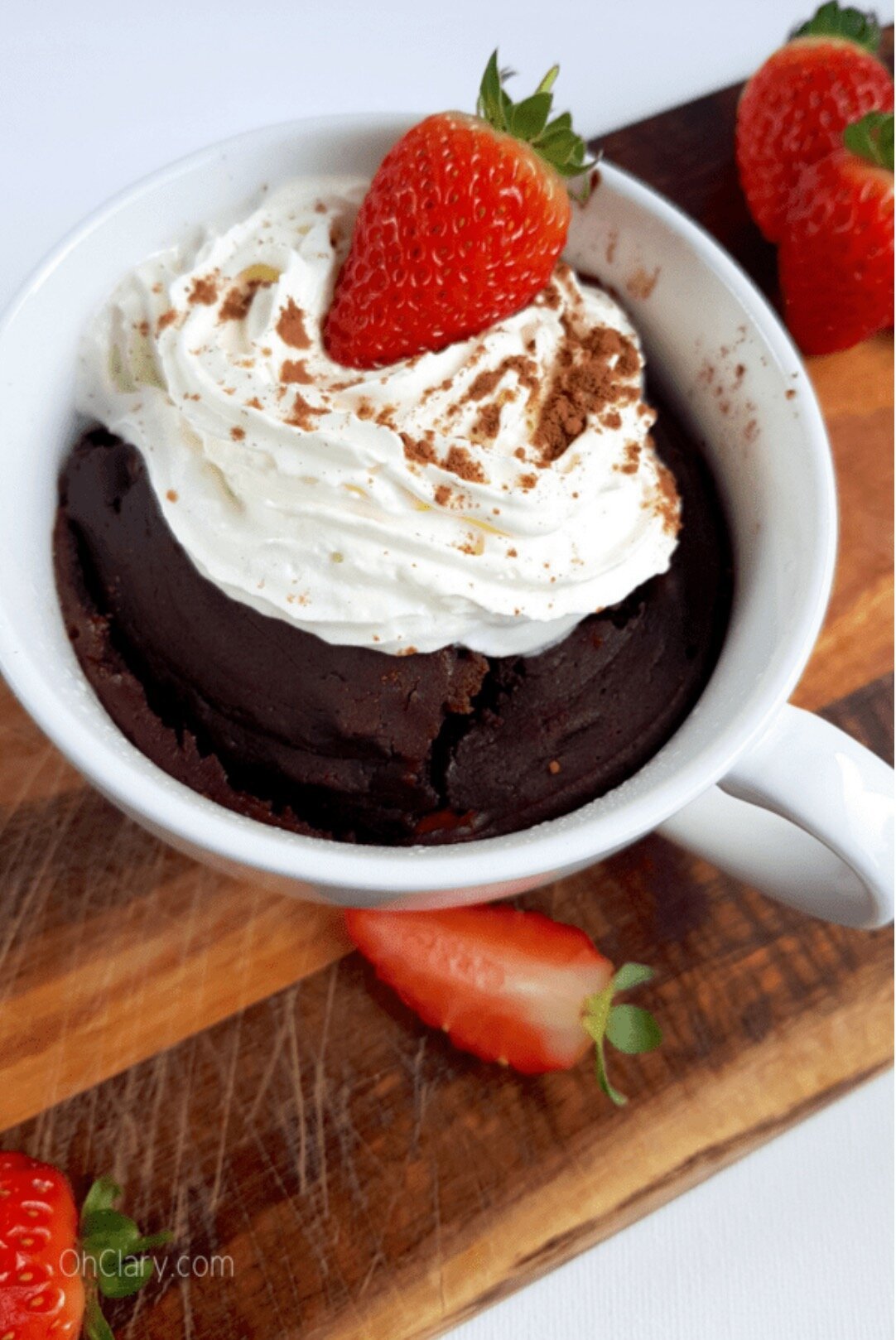 With just a mug and a few keto-friendly ingredients, you are minutes away from a delicious mug cake to satisfy your sweet tooth! 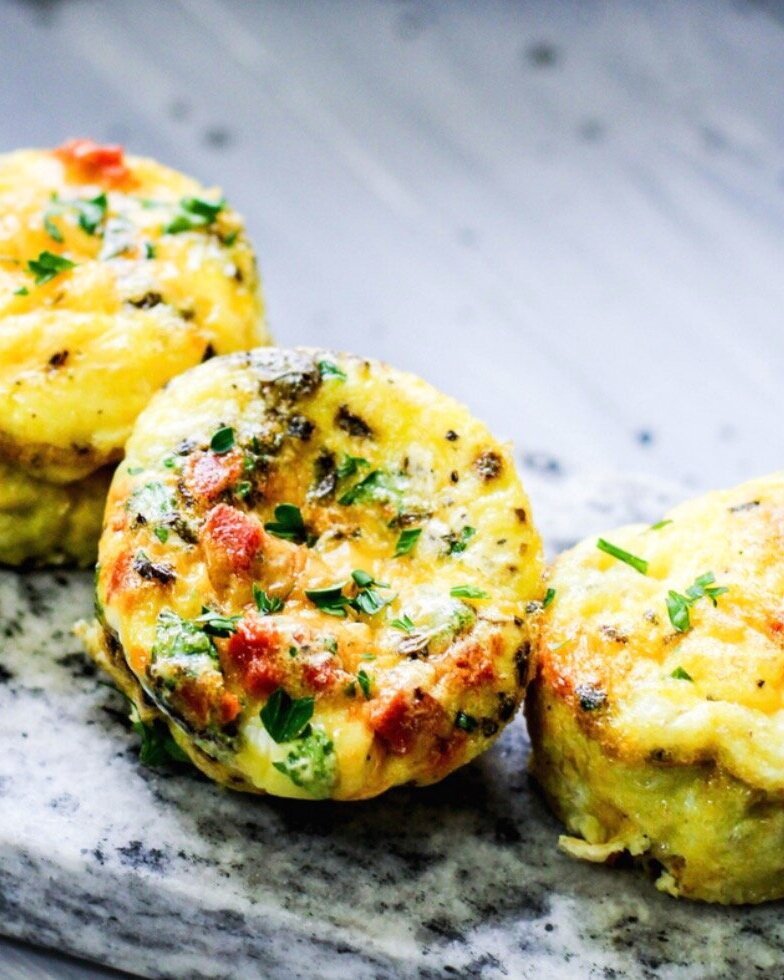 Looking for keto breakfast ideas? I have selected 13 Keto Breakfast Recipes for you. 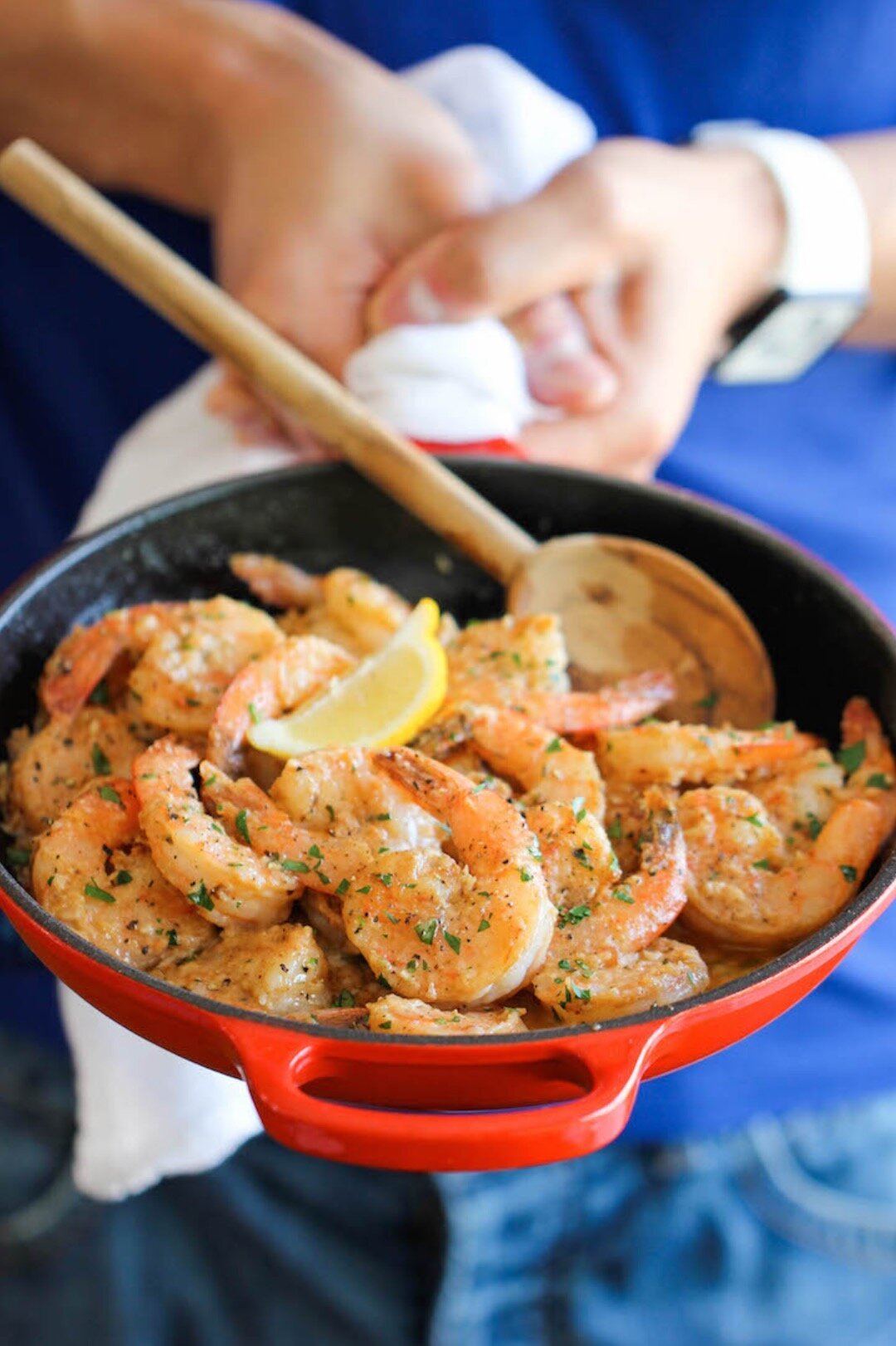 Some great, delicious recipes for keto beginners to help you start to fall in love with the ketogenic lifestyle. 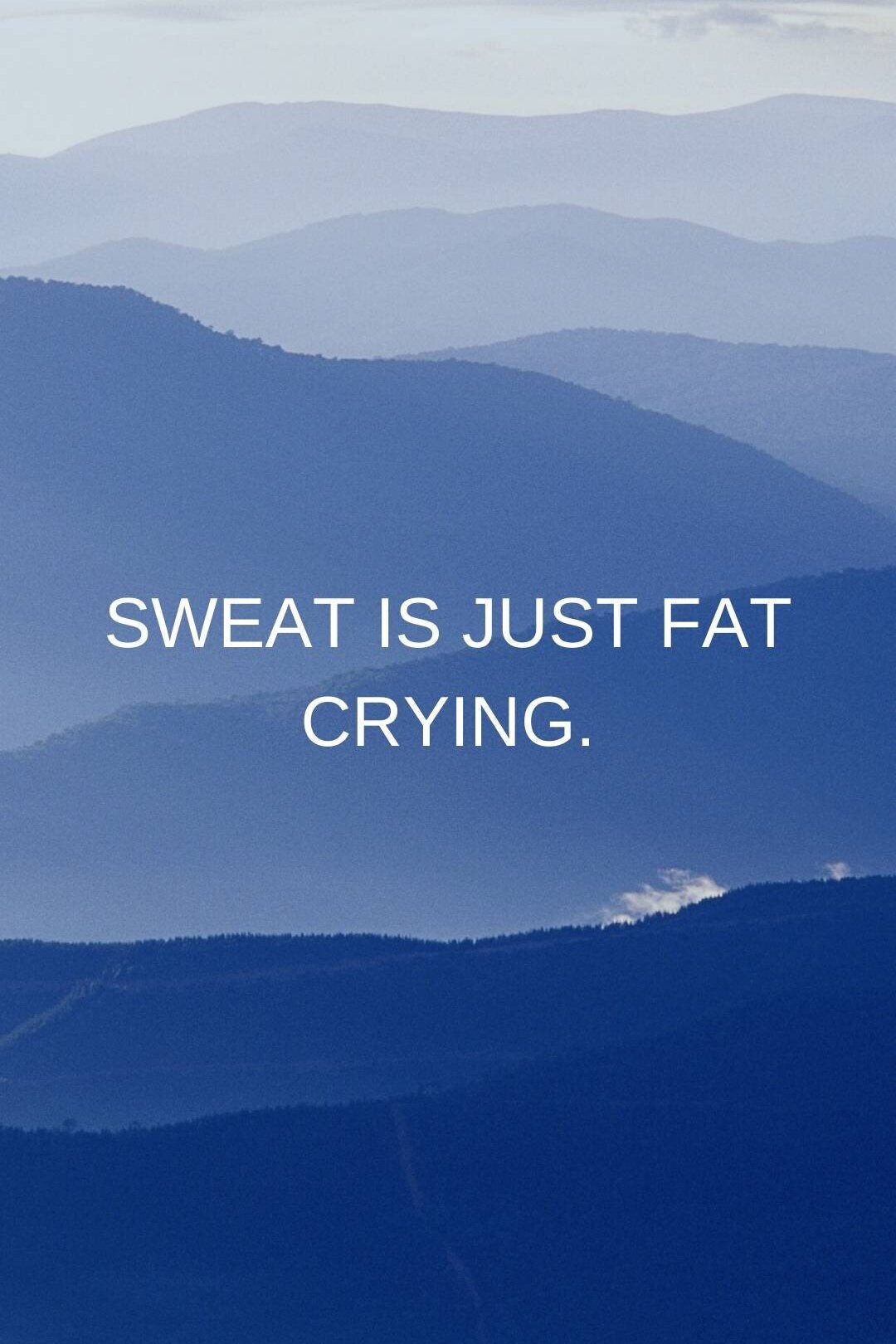 Motivational Workout Quotes To Fire You Up

Choice quotes and sayings to get you motivated for your next workout. This site uses Akismet to reduce spam. Learn how your comment data is processed.

🍓Strawberry Margarita 🍓Recipe🍓 If you mi 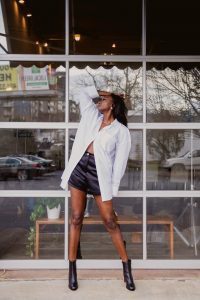 How To Easily Identify Your Personal Style

How do you identify your personal style? Learn how to be your own personal stylist so that you can get the style makeover that you’re craving! 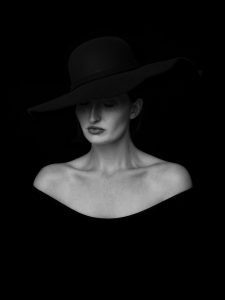 The Definitive Guide To Dressing Your Inverted Triangle Body Shape

Do you have an inverted triangle body shape? Did you know that with clever styling hacks, you can instantly look like you have an hourglass shape? Read on for proven tips and amazing outfit inspiration. 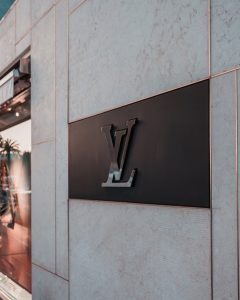 What does it even mean to be a bougie woman, or a bougie person in general? Who decides who is bougie or not, and why is being bougie such a bad thing anyway?